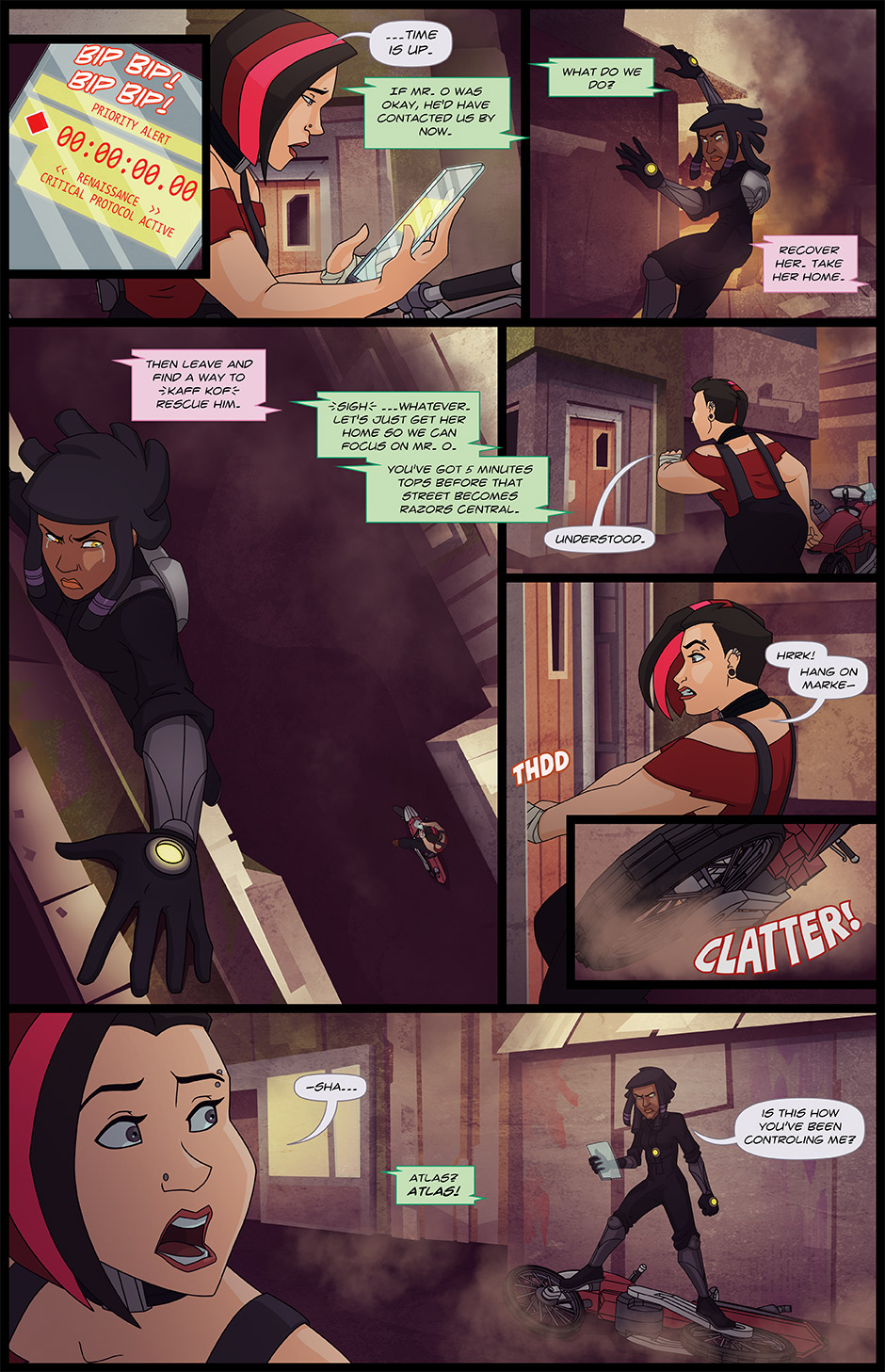 Audrey makes her move to recover Markesha but is surprised by the new recruit.

As a last ditch preventative measure during violent gang conflicts, residents in the affected area will lock all doors and windows before fleeing. Making a building somewhat impenetrable means less structure damage and less looting of property. This was a pretty effective tactic unless a gang was particularly motivated to get inside. In the past heavy artillery of any kind was rarely used by gangs as the damage was seen as a loss to the winning AND losing side. It wasn’t until the DireDogs took to the streets that sophisticated heavy weapons and explosives were used regularly in territory battles. With House Pierce backing them, the DireDogs have the resources to rebuild any lost property. At the end of the day the DireDogs don’t care how much they destroy as long as they achieve their objectives.