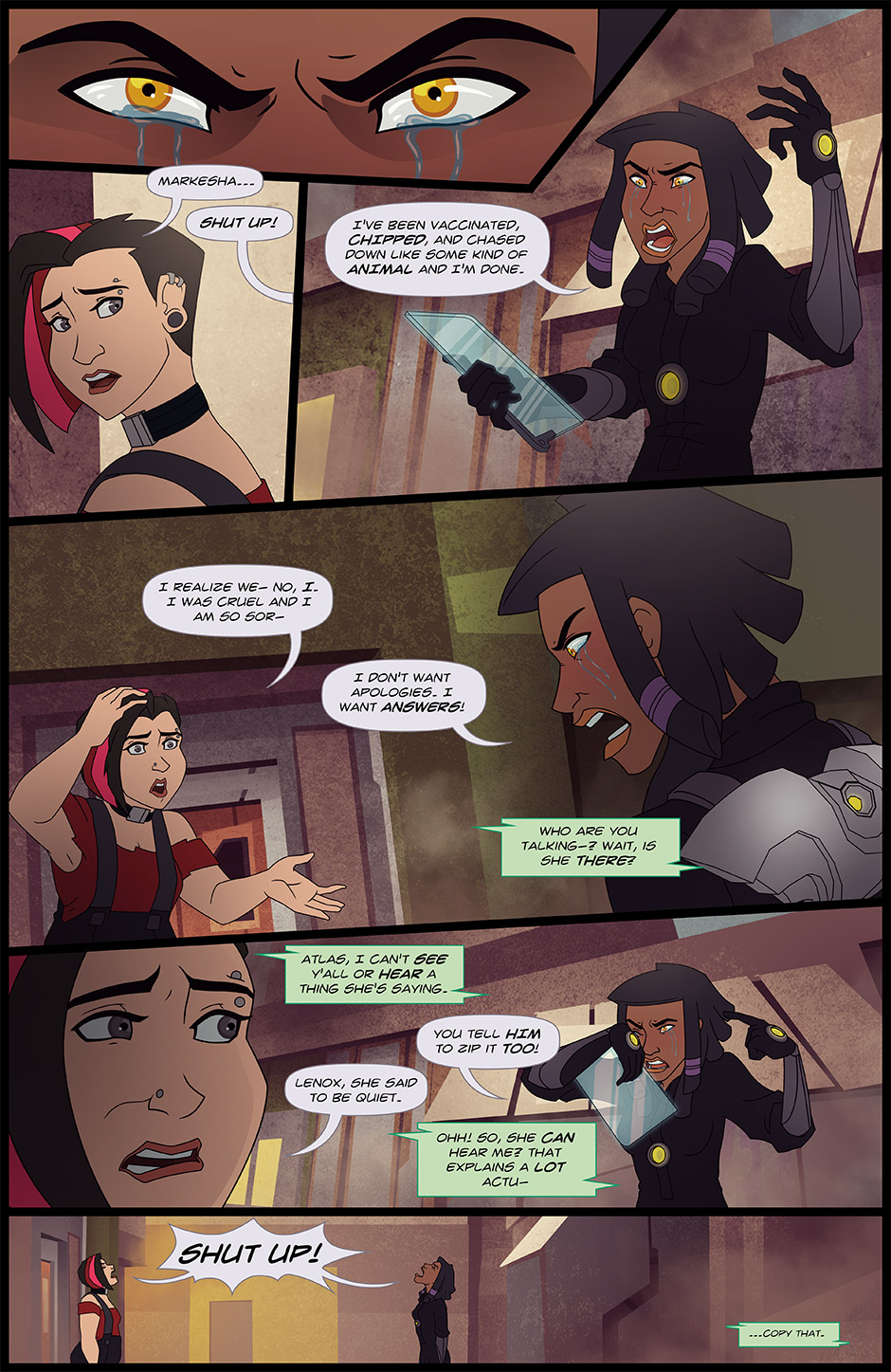 Markesha wants answers and she’s determined to get them from Audrey, but first Link needs to stop talking.

Radio etiquette isn’t exactly a required skill for being a Spyder. In the early days of the team, Audrey and Orson had to deal with Link’s lack of comm-line manners. There were times during missions that Link would hum, make popping noises with his mouth, or eat without putting his mic on mute. The straw that broke the camel’s back happened when Link was listening to music during a mission and started giving the current recruit tone-deaf “theme music.” Orson snapped, and Link sulked for a week, but then his old habits came back. It’s taken a while to impress upon Link that his radio chatter isn’t needed or wanted, but potentially dangerous for recruits in the field. Curbing Link’s chatterbox nature is a work in constant progress.