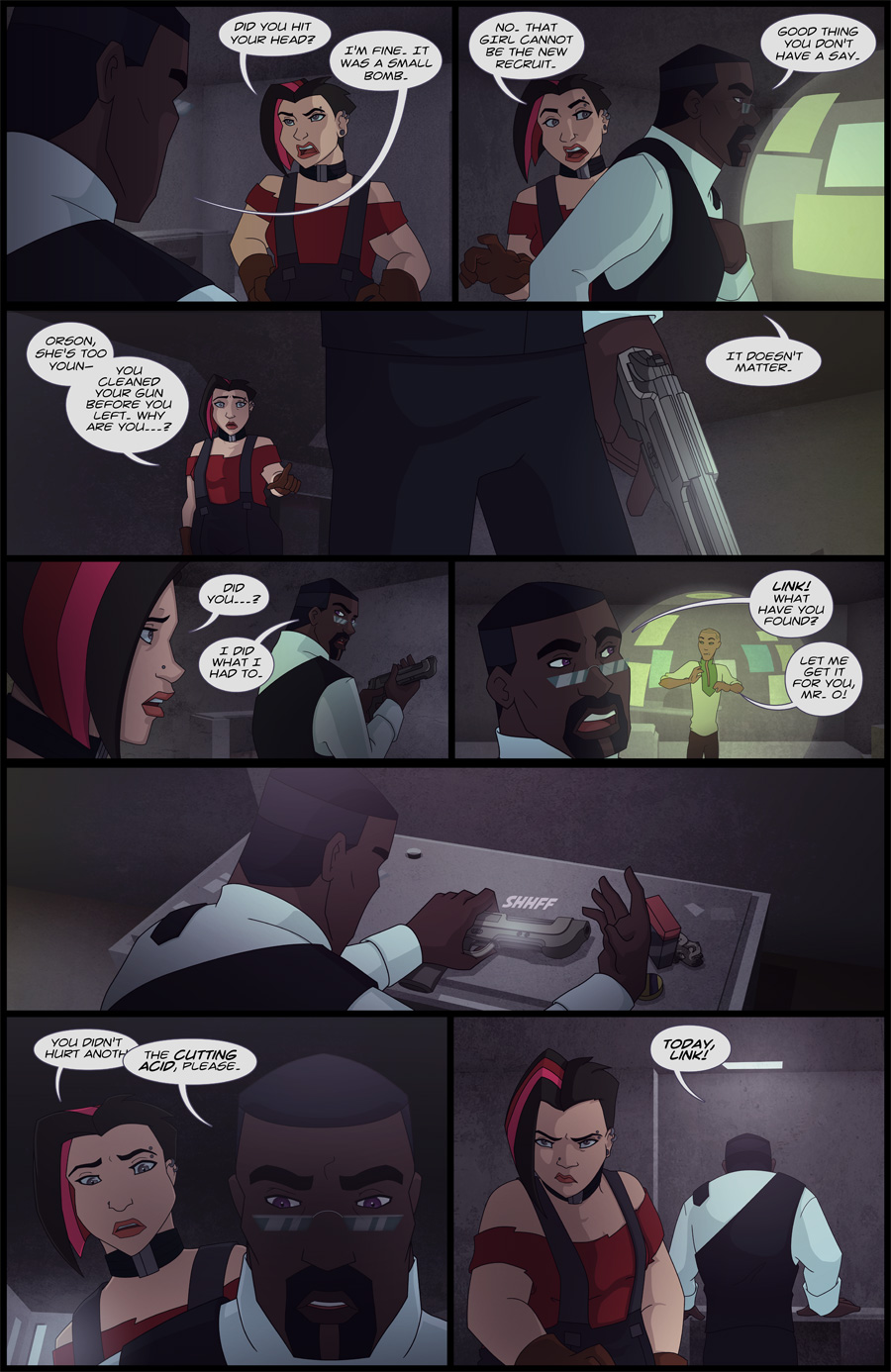 Orson’s back at the safe-house, and has no time for Audrey’s concern for the well being of his victi…er…recruits.

The customization of the Cornerstone Kharon is based upon the seemingly endless array of interchangeable parts. There’s an old saying that “No two Kharons are the same,” and in the case of Orson’s gun it’s true. It may look unassuming, but the fact so much of the of the gun’s internal parts are replaceable makes confirming evidence via ballistics nearly impossible.