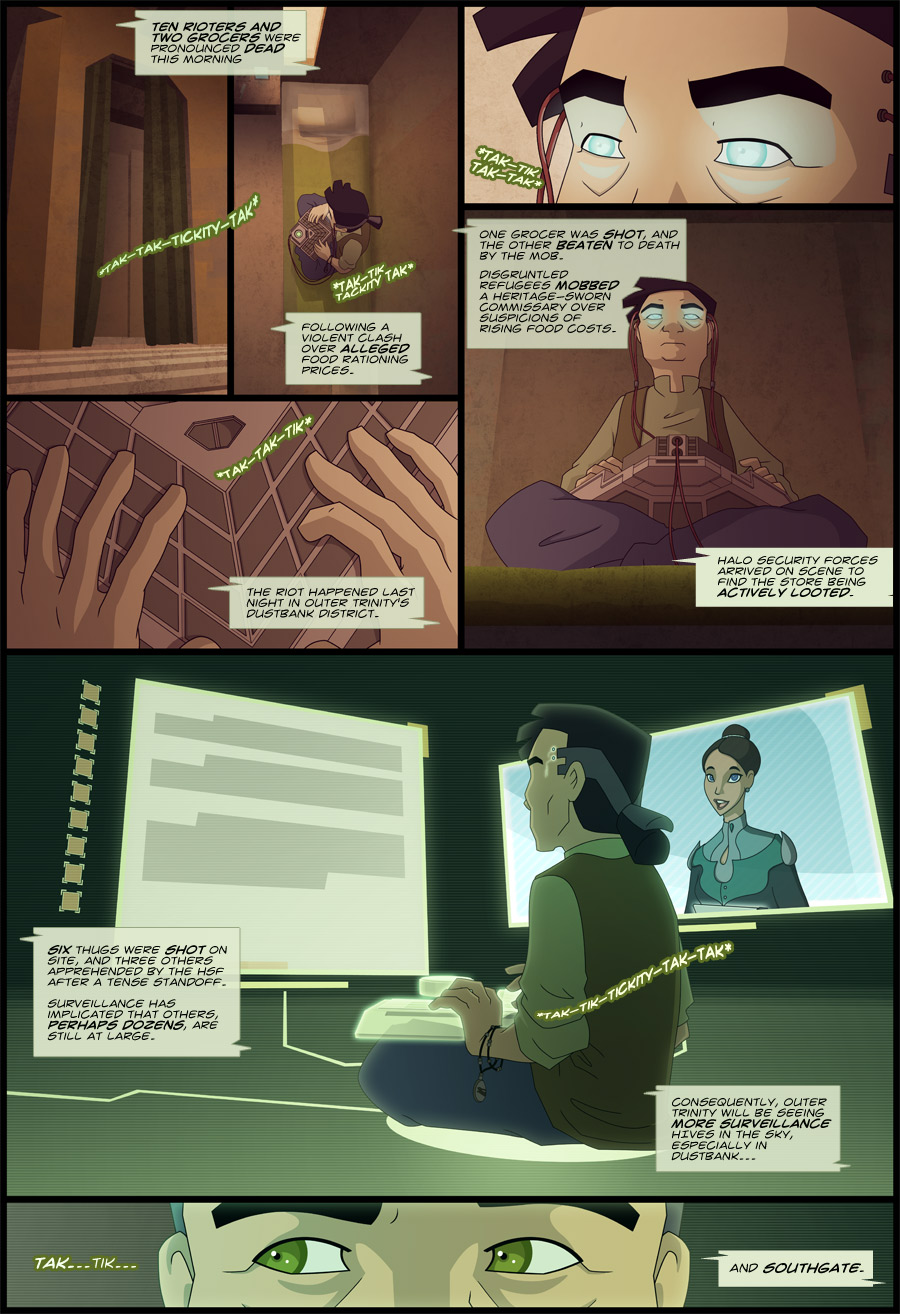 Despite being blind, Toshi keeps himself busy and informed while Markesha is out running mystery packages.

The Cornerstone CD-9X series are a dated but highly robust line of computer decks commonly found in Outer Trinity.  Introduced as part of then-High House Cornerstone’s triumphant campaign to reintroduce computing to the masses outside the Wall, the CD-900, 910, 910b, and 920 all sport increased memory, battery life, processing speed, and dust resistance. Dozens of unauthorized after-market modifications have cropped up over the years, including audio-visual brain-tap interfaces popular among many hardcore users.