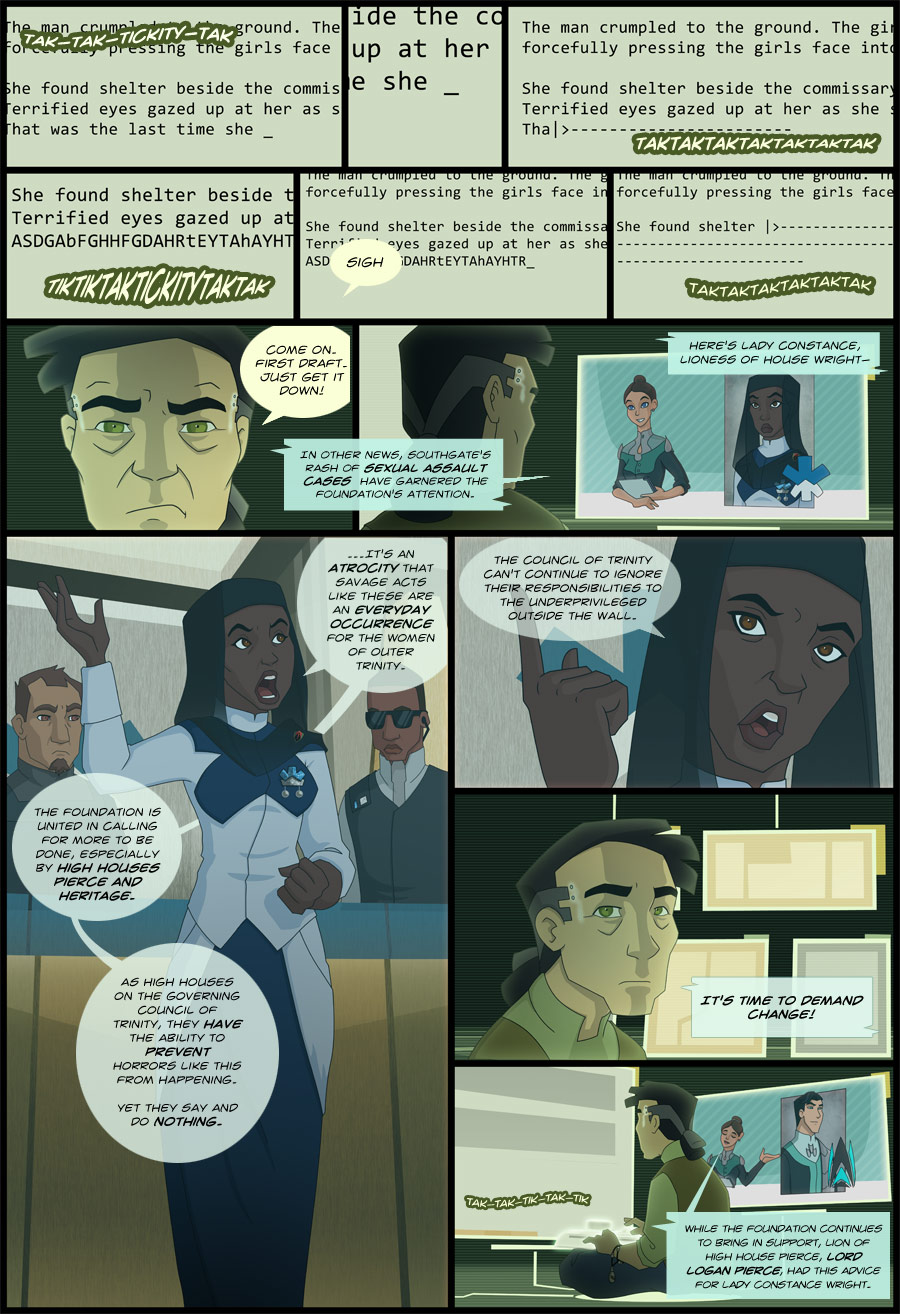 Toshi’s been writing a (completely unpublished) detective series set during the Withering at a refugee camp, for years. His 7th book, Maya Shore: Wither Without You, is turning out to be a hopeless slog, just like the news.

Formed in a freak act of cooperation following the sudden downfall of High House Cornerstone, the Foundation is a tight-knit federation of Lesser Houses. These Houses were once sworn to Cornerstone and are now fiercely loyal to its memory.  They have refused to re-swear beneath either Pierce or Heritage, and have remained largely democratic in their dealings with each other.  Considered headstrong dreamers at best and dangerous fanatics at worst, the Foundation has a knack for eliciting very colorful reactions.  Despite their reputation, it’s unclear how much real power the Foundation actually holds.