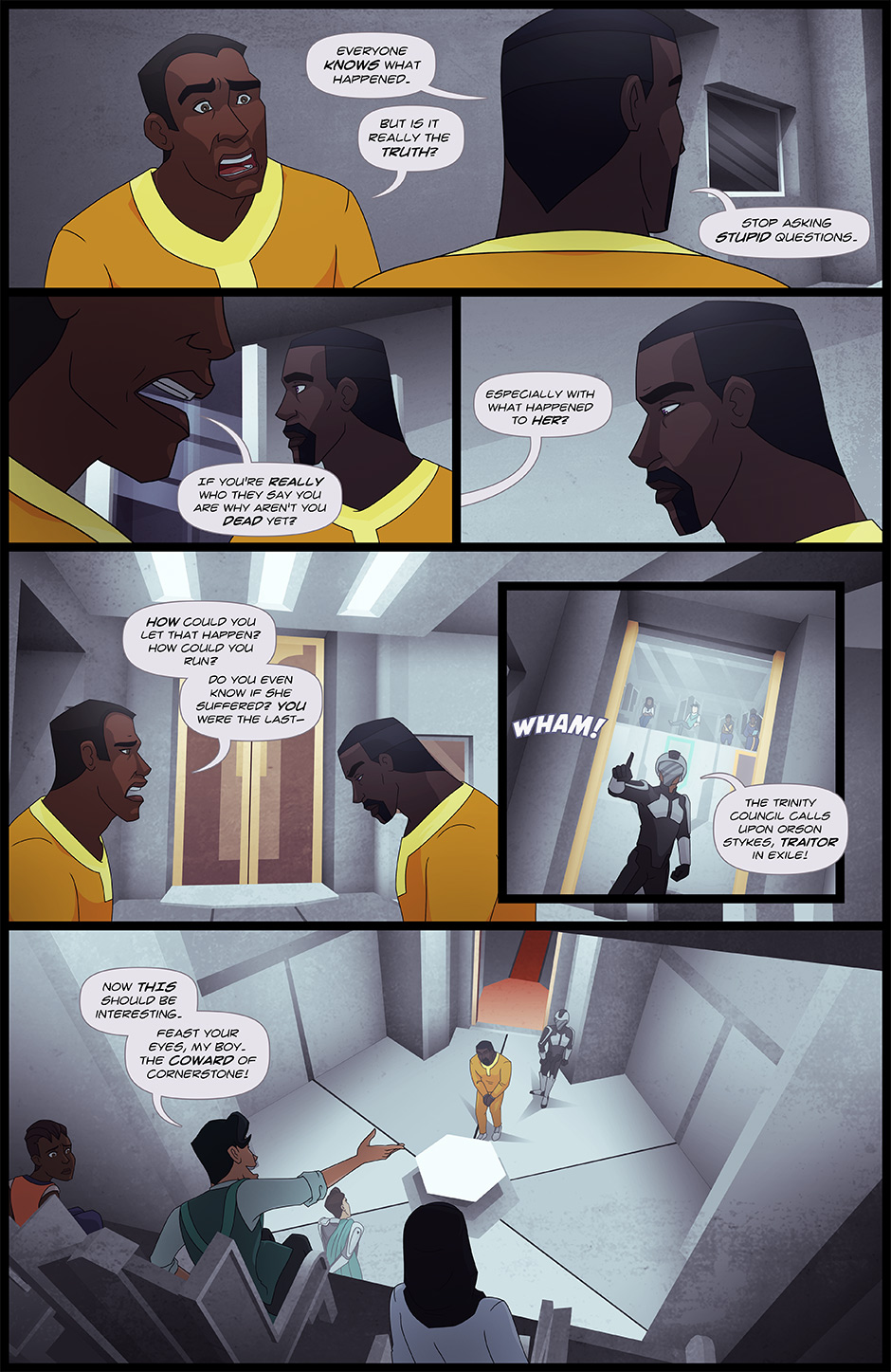 Julian’s questions leave Orson feeling cold, but this day could get much, much worse.

News Media outlets in Trinity are rarely of an unbiased nature seeing as all of them are run by different Houses in the Inner City. Broadcasts and reporting anywhere outside of the Inner City are spun by the House media commission to whatever best benefits the party with the most power. For example, shortly after the announcement of Everett becoming Yvonne’s hier he got a cold. Seeing as he was a miserable mess (and probably contagious) Yvonne put him on bedrest. The Pierce News Network spun this as Yvonne reconsidering her decision, and that the fate of House Heritage was left to an, “old and infirm woman who can’t remember what she had for breakfast much less who she chose as an heir.”