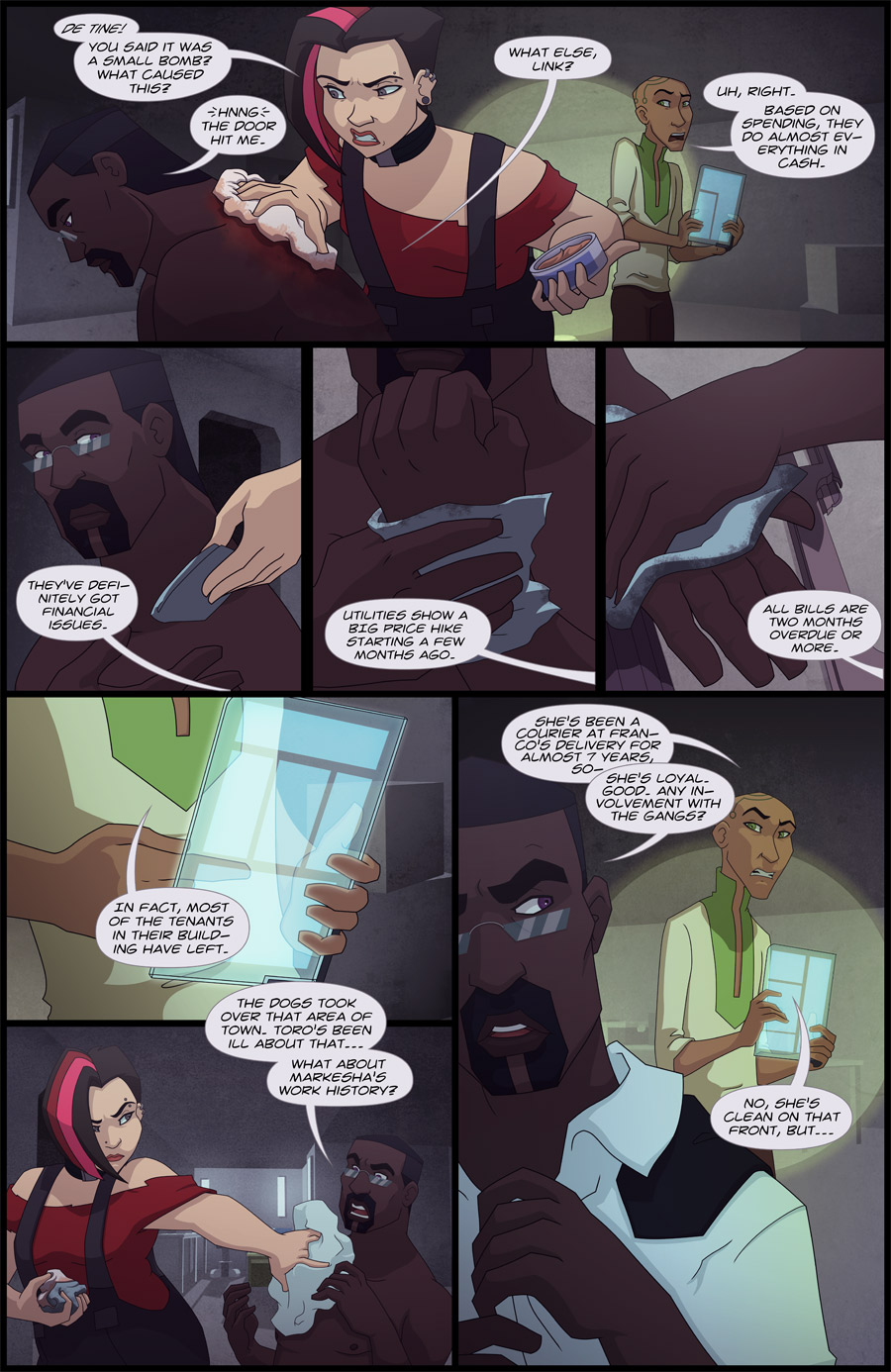 Orson learns just how deep the Nin financial hole goes. To some this much digging on a would rightly be considered nosy at best and invasive at worst, but to Orson information like this is leverage, plain-and-simple.

Markesha started her first job when she was 11 as a runner for Dash Supplement Deliveries, a service that specialized in meal replacement nutritional supplements. She’d spend her mornings dodging homeschooling from her father, her afternoons running deliveries, and her evenings suffering the consequences of dodging her father’s lessons. Unfortunately, Dash Supplement Deliveries went down in flames when their customer base realized the meal replacement pills were stuffed with more powdered plastic than nutritional content. Luckily Markesha landed a job at Franco’s a month later, and she’s been running for him ever since.