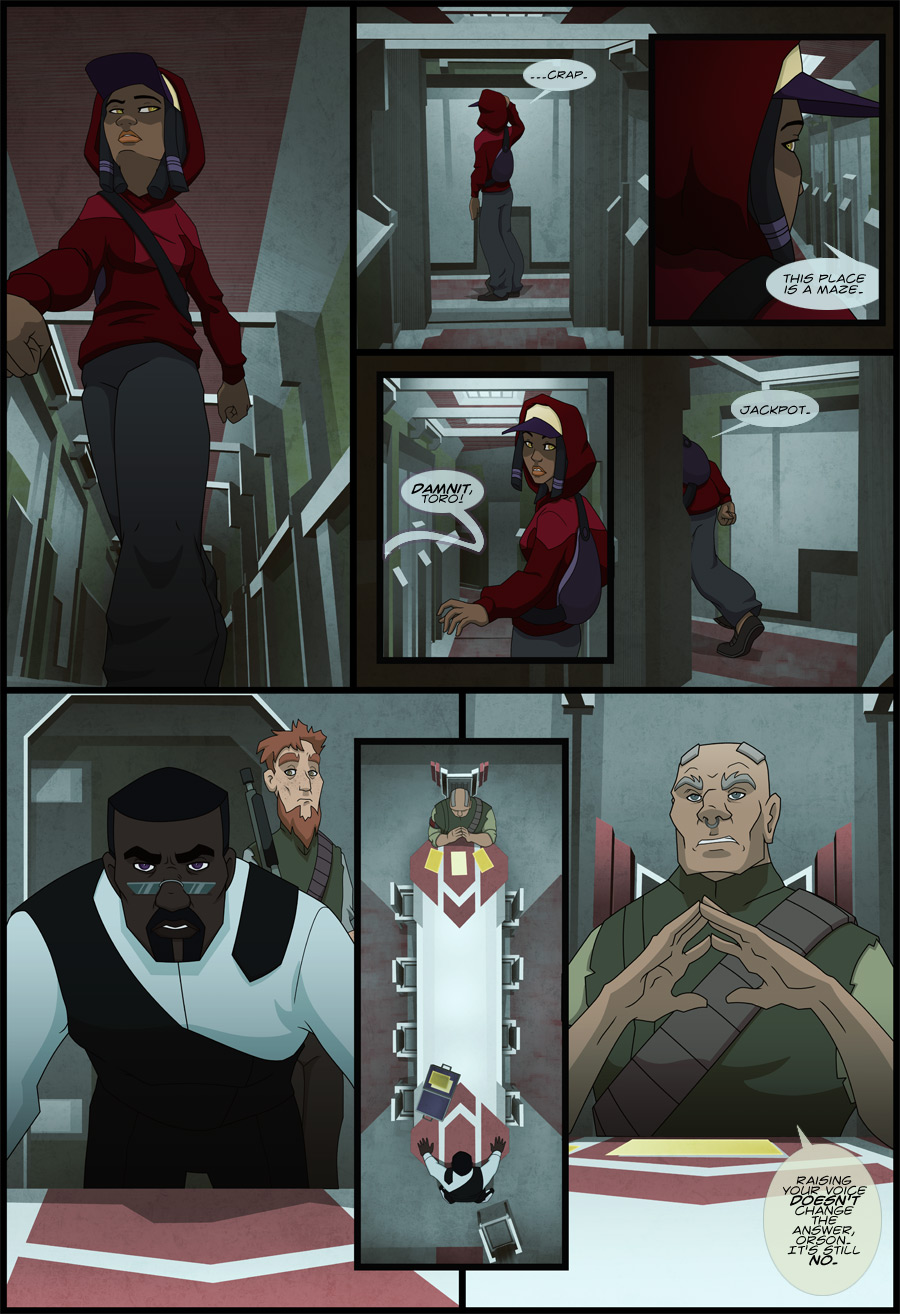 Now that Markesha has snuck into the Compound, there’s the small matter of finding the delivery recipient.

Clay “Toro” Blackthorne is synonymous with the Razors.  He’s led the gang ever since it was one of countless other miniscule “block gangs” keeping order in a forgotten corner of Outer Trinity.  Toro’s zeal for order caught the eye of House Cornerstone, leading to an eventual sponsorship.  With it’s new-found backing, the Razors rapidly expanded in size and power to dominate the entire southern sweep of the outer city.   Times have changed since then.