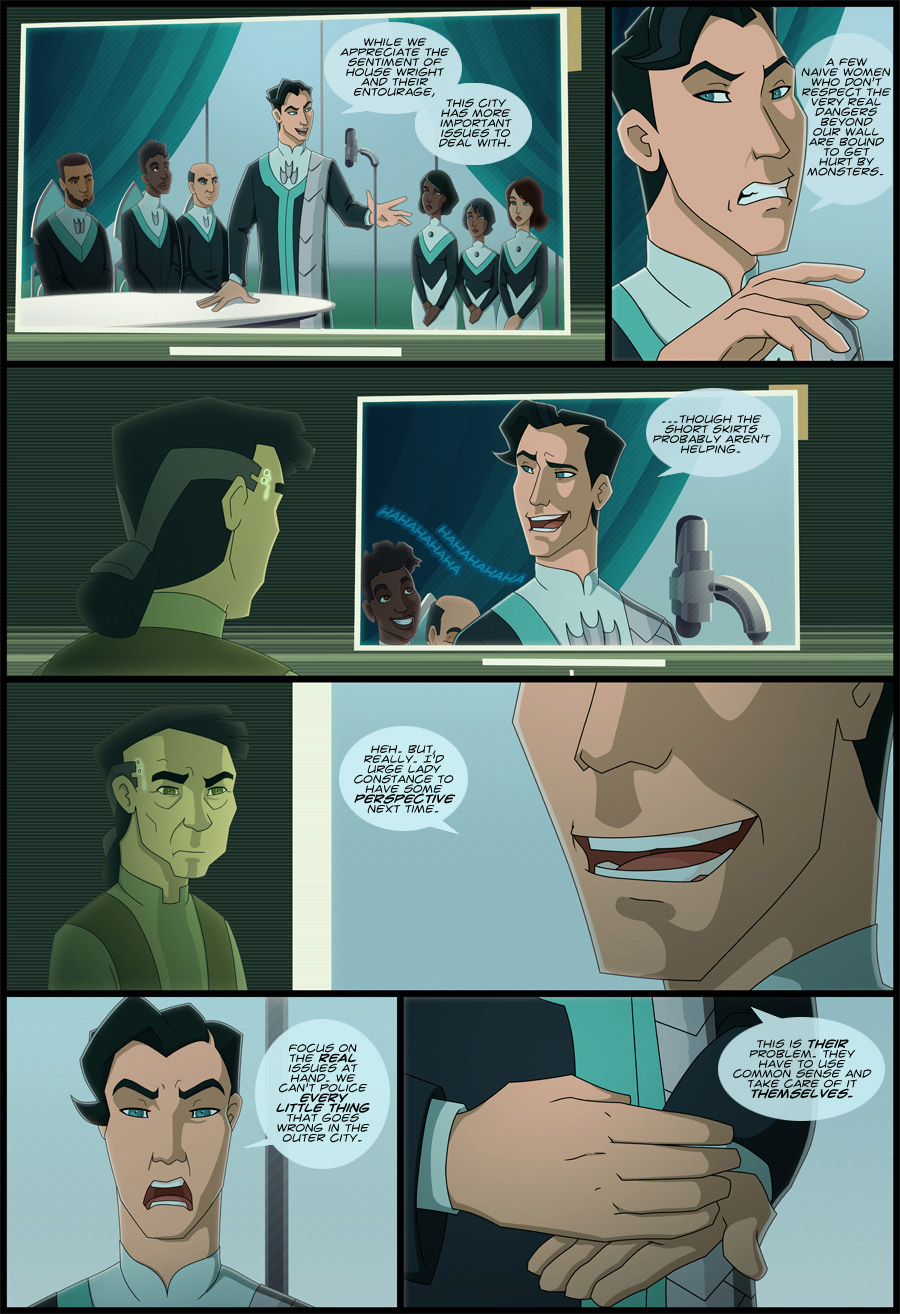 …And now a few words from LEO Logan Pierce on the topic of priorities.

The youngest and boldest High House in Trinity is led by the brash High Lord Executive Officer Logan Pierce.  Barely thirty-five, the so called “Sword of Trinity” is viewed with an intoxicating mix of reverence, awe, envy, and bafflement.  Under his leadership, House Pierce has seen a rise in standing from a lowly existence within the Wall to the most dominant power in Trinity.  This is doubtlessly related to the effectiveness of Pierce’s weapons design and manufacturing capabilities, which have placed Trinity back on the map as military force to be reckoned with.