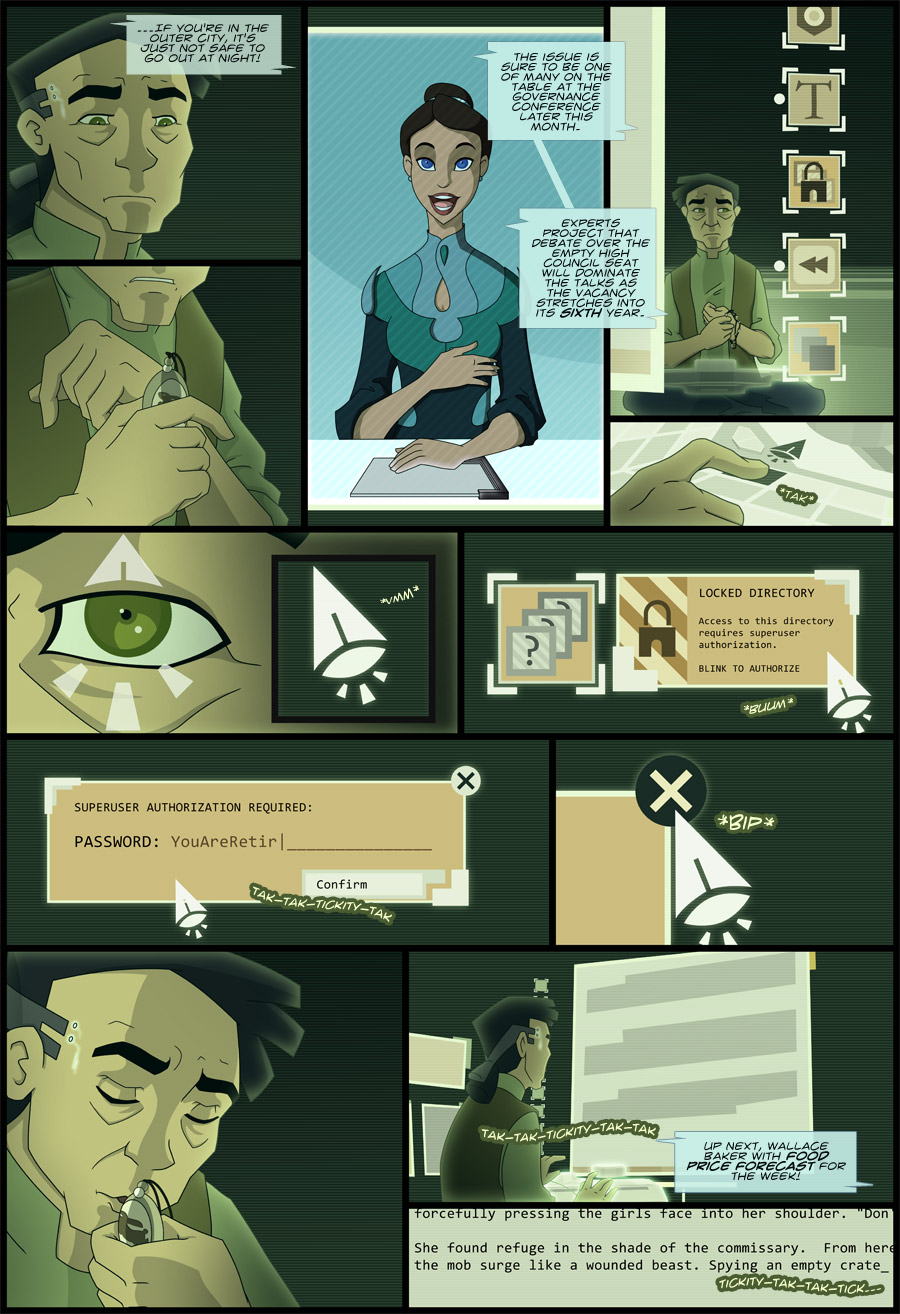 Rampant, nagging worry has Toshi tempted to reopen parts of his past he’s locked away.

Trinity is ruled by a three-seat High Council, with each seat occupied by one of the three High Houses.   Ever since the abrupt implosion of High House Cornerstone six years ago, the Council finds itself in the uncomfortable position of having an empty seat.  Because a House can only become a High House by a majority Council vote, the seat has remained vacant as High Houses Pierce and Heritage wrestle over the ideal candidate sympathetic to their respective agendas.