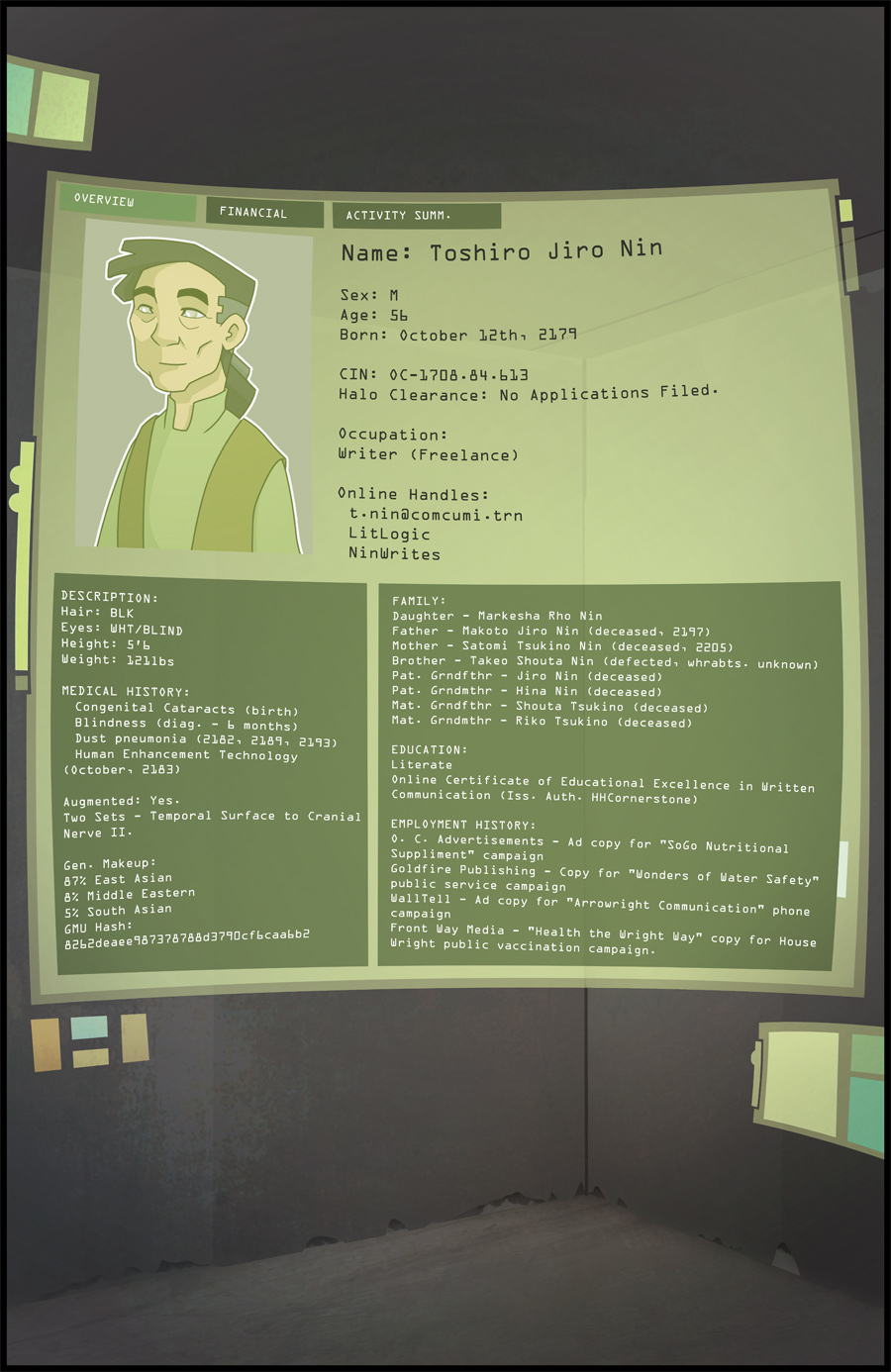 As per Orson’s instructions, Link is gathering all the information he can scrounge up on Markesha and Toshi.  Toshi just happens to be first.

Team Kamikaze is on a short hiatus creating awesome new content. We’ve created a first-ever roundup of all the fan art we’ve received so far.  Check it out here!

The Nin family’s genetic line wasn’t recorded at birth. Instead the first recorded Nin in Trinity was Toshi’s Grandfather, Jiro. His genetic data was taken along with 438 others who arrived on the Japanese refugee ship Hotaru Maru, May 4th, 2128. None of the Nin’s have ever sought out Halo Clearance, until Markesha came along.