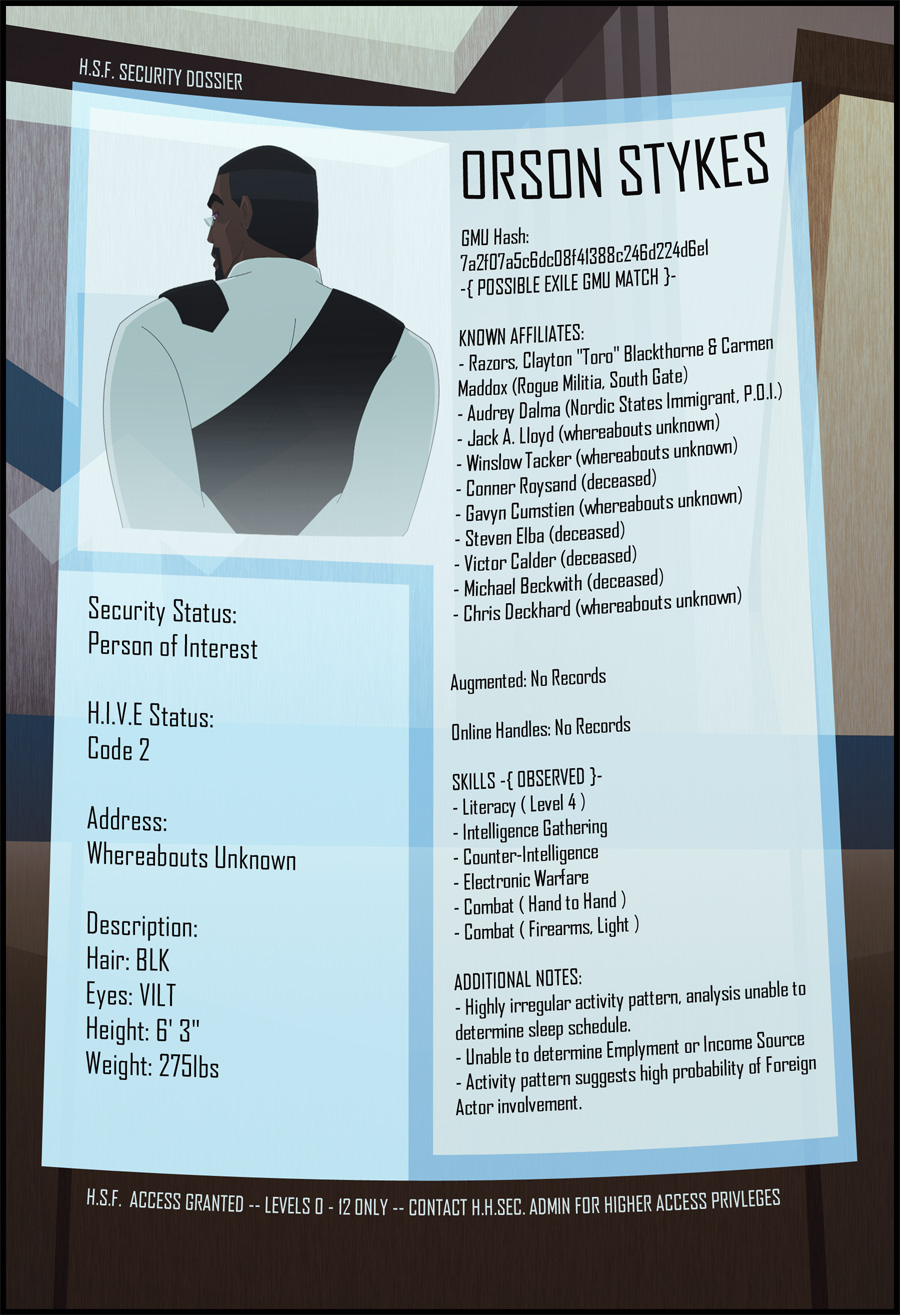 For every student there’s a teacher, but Orson gave up the role of mentor long ago. These days he regards himself as a Commander in complete control over himself and his charges. The world is his oyster to crack, and he spends every waking moment finding just the right leverage to get what he wants.

Orson has come a long way as a character and design. Originally, his personality and design matched the much goofier original direction for the series. As the story and world gelled and matured, Orson changed along with it. We were Inspired by old school spy masters, Xanatos and Owen from Gargoyles, and John Luther from the BBC series Luther.

Some might call him two-faced. Others would say he’s a bad guy with good intentions. We’ve even heard him described as an ice-hearted professional. Everyone has an opinion of who Orson is and what part he’ll play. As a character Orson is a bit of an enigma, and frankly, he likes it that way.

The Kamikaze: Volume 1 Kickstarter is live!